“We are born into bodies that are fluid and free. Yet for most of us, this state of grace is sadly short-lived. Judgement, emotional wounds, fear and loss become stored deep inside our muscles and bones, leaving us with shoulders that sag, hips that are locked, arms that can’t reach out, hearts that beat behind a stone wall. When we move our bodies we shake up firmly rooted systems of thought, old patterns of behaviour and emotional responses that just don’t work any more. When we free the body, the heart begins to open. When the body and the heart taste freedom, the mind won’t be far behind. And when we put the psyche in motion, it will start to heal itself.” 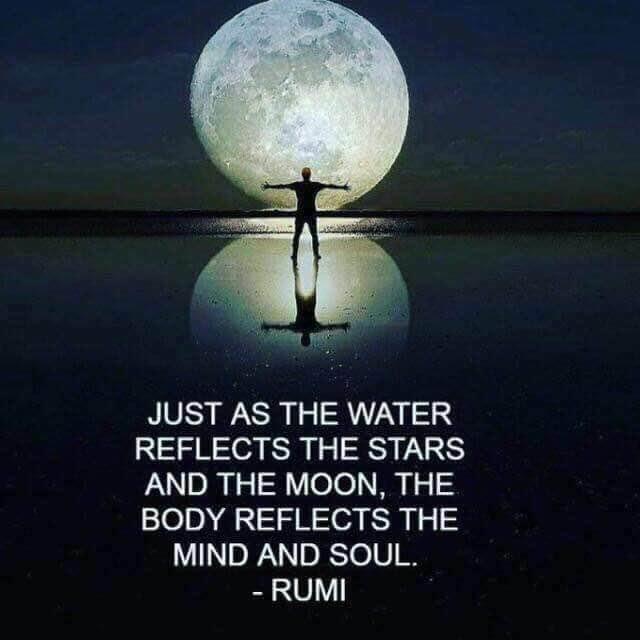 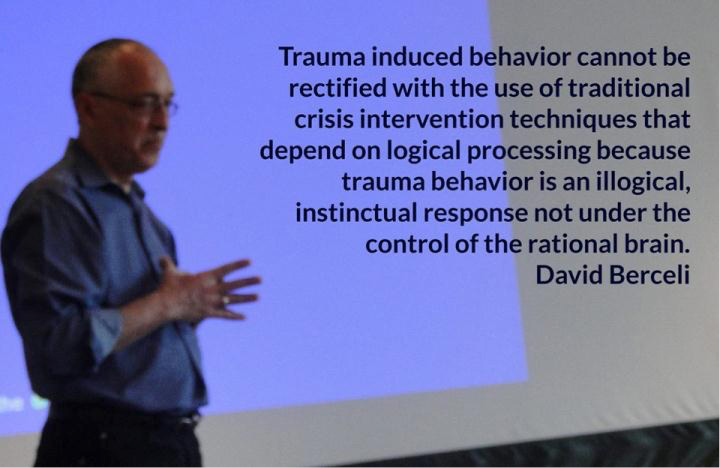 All humans experience trauma. Founder, David Berceli describes trauma as any time the body feels a state of helplessness. Trauma can vary from soft trauma to hard trauma – from physical injuries to failed exams, loss of loved ones, moving home, divorce, financial crises, giving birth and on and on and on. If trauma is a “given” condition of being human, then our bodies were designed with an innate capacity to release the effects of these experiences. This is the work of TRE.

TRE is short for Tension and Trauma Releasing Exercises. It is a method of releasing tension from the body through a series of simple exercises designed to induce a neurogenic tremor (simple body shake) and thereby release tension from the muscles of the body, tension that can be caused by daily cumulative stressors, ongoing chronic stress, or serious trauma. The entire emphasis of TRE is on the body, not the mind. In the wild, when animals are put into any stressful situation, they tremble. Like a buck that has just missed being lunch for a lion! The buck doesn’t analyse WHY  it escaped. It simply releases all the trauma from its body so it can get on with being a buck!

Why do we need to tremor?

Trembling or tremoring is a natural response from an animal body that has been under stress. Humans are also animals, but because of social conditioning, we tend to “put on a brave face”, to try and still our bodies. In so doing we lock the tension into our bodies and the fascia tightens. The body also releases a host of “flight, fight or freeze” chemicals during stressful situations and if these build up and are not released, the person finds themselves in a vicious “adreno-cortico” loop, where every semi stressful situation triggers a “fight, flight, freeze” response again and again. As David Berceil, founder of TRE describes, “Let’s say you were physically abused as a child. Every encounter with your abuser would result in a folding over of the body as a means of protection from the blows. Eventually that pattern is so embodied that you only need to be in a situation where someone’s voice or the surroundings remind you of your childhood abuse and the muscles will start locking in preparation against more abuse”.

With the physical stress response and ensuing stress hormone build up, all kinds of inappropriate emotional behaviours manifest innormal, everyday situations, ranging from impatience, to sudden angry outbursts on the milder end of the spectrum, right through to vengeful thoughts and actions, from exhaustion and lethargy to extreme insomnia, from ongoing worry through to sudden panic attacks, from tight colons to lack of appetite and so on. Also anything from heavy sadness to ongoing, debilitating depression, depending on the severity of the trauma involved.

When the body starts to tremor, long held patterns of tension are released from the muscles. New feedback loops are created in the brain as this tension releases. A sense of safety, of calm occurs and the feedback loop is altered, so that we no longer react in exactly the same way to any similar event that reminds us at a basic level of the original trauma. During TRE all the muscles are literally shaken up and the fascia released. But one of the muscles that takes the most strain during this locking in process of trauma is the psoas muscle, commonly known as the “trauma muscle”. 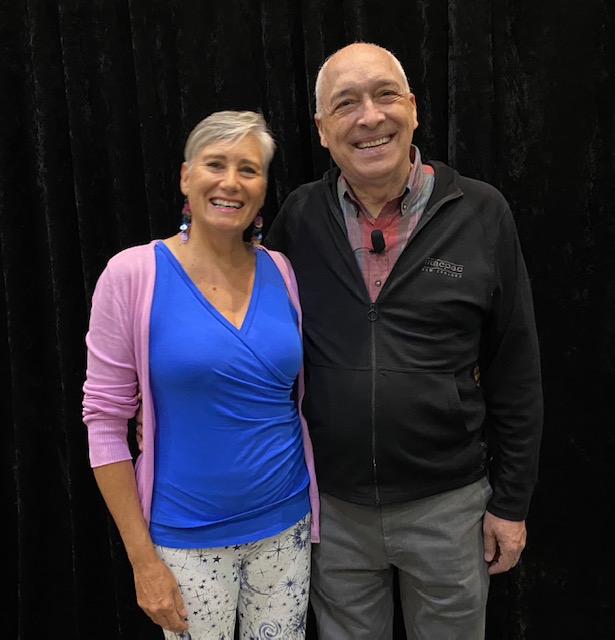 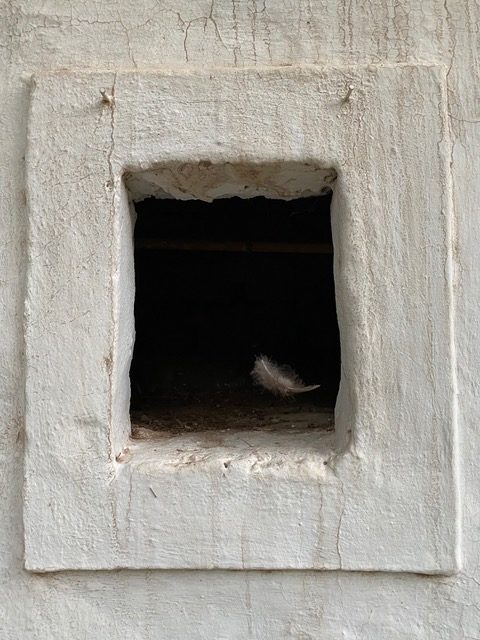 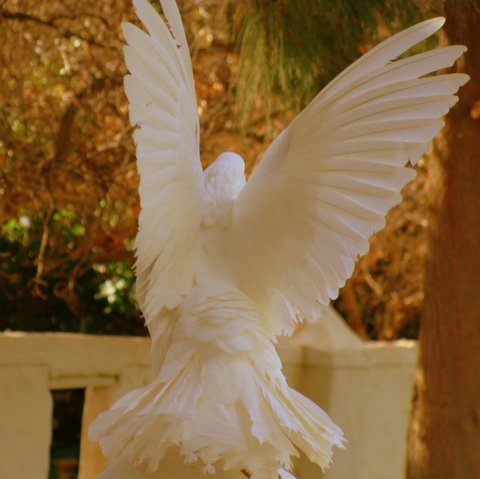 How was TRE developed?

David Berceli has worked extensively in war torn areas. He came to notice that people under threat from shelling automatically fold forward with every explosion. This folding forward motion locks tension into the psoas and hip flexor muscles. Intense trauma locks it in quickly. Chronic stress builds up slower……. but the result is the same – a locked psoas. This led him to work on a series of exercises that specifically release stress from the hips and legs and ultimately the psoas.

These 6 exercises are designed to “fatigue” the leg and pelvic muscles, so that when the person then lies down with the legs in a “butterfly position” the psoas muscle is vulnterable.  With the entire pelvis vulnerable, a neurogenic tremor is evoked. (If you have ever walked down a mountain and at the end your legs start to quiver all by themselves, you will know the sensation of neurogenic tremors.)

As the psoas releases, the hips and lower back let go of deep tension. Following on from the release of the pelvic area, misalignments of knees, ankles, shoulders and necks rectify themselves. The “tension chemicals”, adrenalin and cortisol are also discharged from the body, through this simple action of shaking. And yes, emotional release will happen without needing to speak about and relive the original trauma! This is the beauty of TRE. It is a simple but powerful self healing system, which allows victims of trauma to let go their story and to heal through the body by discharging tension in a very organic way. The TRE practitioner is there to “hold the energy” and ensure that the person does not dissociate and mentally return to the trauma, but stays in the present moment, in the room. Once the body has released this pattern of tension, then speaking about the trauma becomes much easier – there is no longer a high emotional charge. And the person can finally heal and integrate the experience fully – body, mind and spirit.

What are the benefits of TRE? 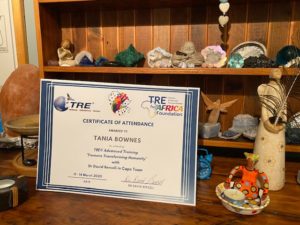 TRE is, in a nutshell, a wonderfully simple, self empowering stress release tool, which can be learned by anybody, from 7 to 70 years old and more! (Please note TRE is contra-indicated for 3 months after any operation, during pregnancy and for people who have had psychotic episodes in the past. If in ANY doubt, please consult your medical practitioner first). To view more about David Berceli and his work with TRE, visit www.traumaprevention.com or www.www.treforafrica.com or watch a video below. 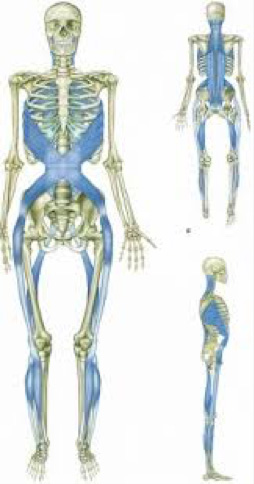 Fascia Release works very well in conjunction with TRE. This process involves releasing stress from the connective tissue. With TRE the stress is released via shaking. With fascia it is worked out by “combing” the fascia to release tension trapped in it. The tension is released along the fascia lines or trains (see more on the work of Tom Myers). The body is literally reshaped and as with TRE, as one area releases trapped tension or trauma, so another area along the same fascia train can find relief, often after years of tightness. 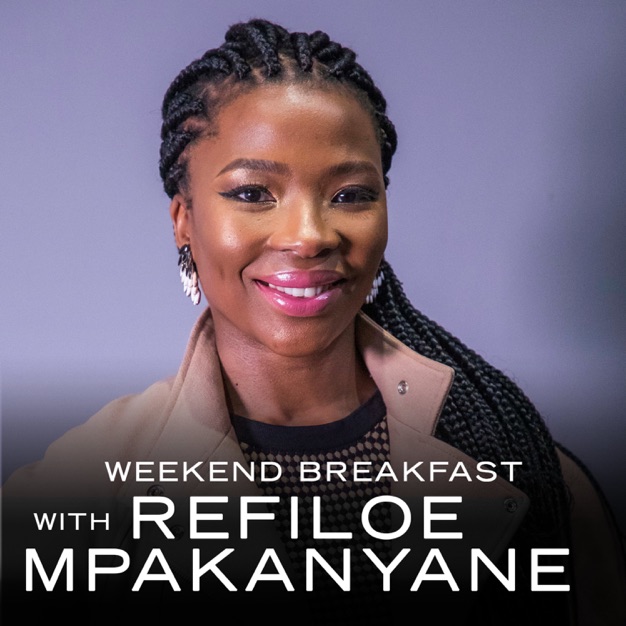 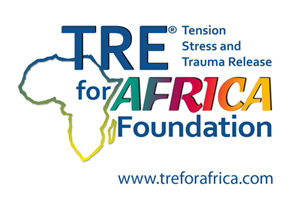